Here I am, at the foot of the wall … Advancing in writing this blog, I had more desire for meeting directly the artists. Because, after all, they are the subject – their production – of this blog. Not artistic encounters centered around an exhibition, an opening or conference. No. But some real physical meetings based on an exchange between the blogger and the creative person. Exchange to understand (the) motivation (s) of these people who have chosen a path often wrongly considered as unproductive to society. But what exactly push them to create? How do they design their works? What events sufficient to trigger the creative act ? Can we still invent, explore new forms of artistic expression? With these questions in mind, I start a series of thematic discussions to try to understand the brain activity of those artistic brains. ↓ 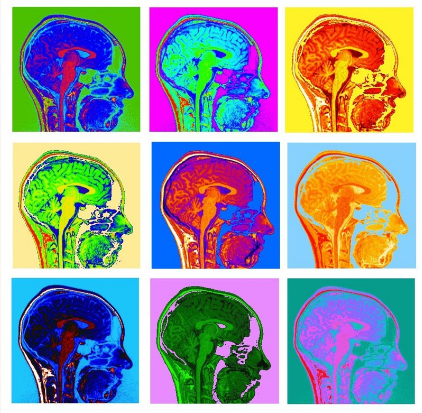 I am pleased to start this series of interviews with Cornelia Komili. I know Cornelia and her work as a painter for some years now. Cornelia did me the honor to kindly being the first artist to testify in this new post. From her initial development with creative ideas to her artistic commitment, Cornelia speaks passionately about her vocation …

Hello and thank you Cornelia to grant this interview for Artdesigntendance. Can you to start by telling us how you became an artist ? Cornelia Komili : I decided to become an artist really at 18. After my degree obtained in Greece I enrolled at the Faculty of Fine Arts, Theatre section. But, I soon realized that being an actress was not interested, even if the cinema had an important place in my life. At the same time, I could observe the Fine Arts students work in their workshops and I was jealous! I then realized it was my way : painting. This was a challenge for me. I realized that I could easily pursue academic studies. But the real challenge that I wanted to raise was to create myself. Here the challenge ahead seemed hard! I had mental images that haunted me. To translate it, I tried to write, and of course I already drew a lot, but I lacked confidence in myself …

The way you say things, I feel that what is important to you, was to see if you were able to create your “universe”? C.K.: Yes, indeed. When you make the actor, you interpret a work already created. Me, I wanted to go beyond in the creative act. And then I had already made photography for two years. As this time I worked to be independent and I had time for a walk with my Ladybug in the city, my camera in hands. I decided to take art classes to prepare the entrance exam at the Fine Arts Greeks. But it was already too late, the academic level required was too demanding. So I tried my luck to integrate Ecole des Beaux Arts in France.

At that time, did you have references of artworks ? CK: I had no pictorial reference, I did not know anything about painting. I was very influenced by cartoon – including BD-Tank Girl, the cyberpunk culture and post-apocalyptic expressions. I read many books of science fiction, including William Gibson. In cinema, a film like Crash from David Cronenberg, had marked me because for me it is an ambient work that both combines music and images. I also had a taste for a kind of intellectual film, but it was not my universe.

When did you start painting? C.K : It didn’t arrive quickly, it took me some time to understand certain things before painting. I went to France for an art course, I started at the Ecole des Beaux Arts d’Angoulême for studying comics. And then, I realized that I was not ready to provide all necessary efforts to improve my drawing technique and create a character for example, recognizable in different positions. I didn’t want to do that because it didn’t want to set up the characters and stories. Landscapes motivated me more. What I wanted was to summarize feelings, ambiances in a single image. From there, I started to paint. 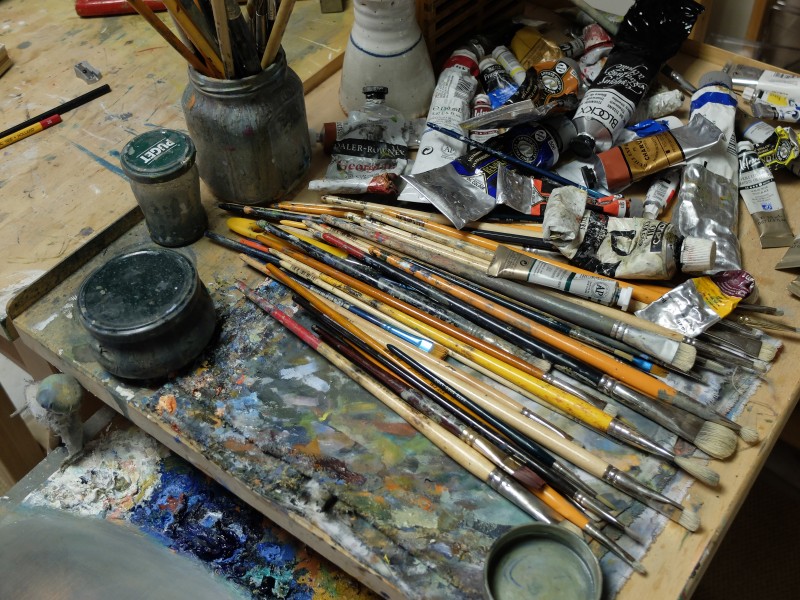 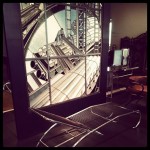