I probably would not have had any desire to write about this American duo of artists, no less about their work, if their animated installation had not provoked so many amused, inquiring, even jubilatory reactions on the part of a young public visibly smitten with a burlesque series of videos, shown in a room at the Musée d’Art Contemporain (the MAC) in Lyon, France. ↓ 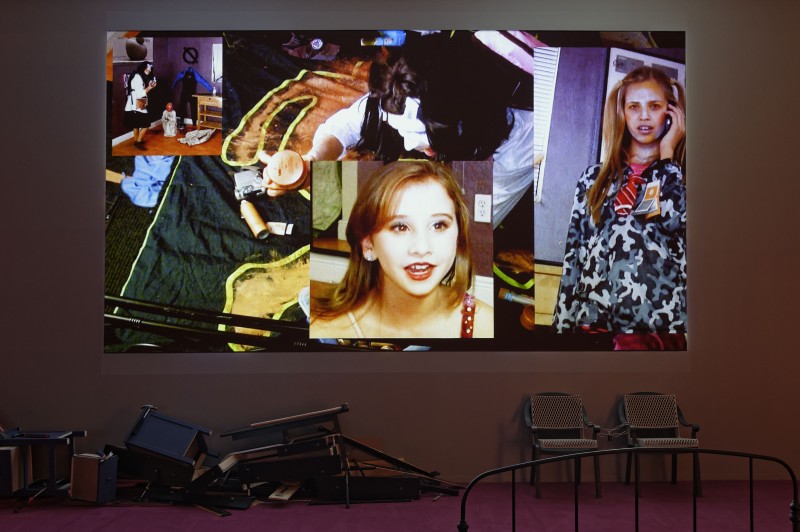 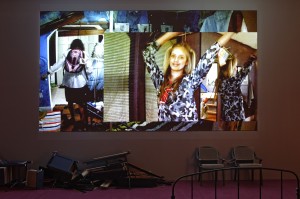 In the framework of the Lyon biennale contemporary art festival, American artists Ryan Trecartin and Lizzie Fitch have installed their media circus in a large room at the Lyon MAC. Their work, Common Shore, includes the installation and projection of a series of films produced between 2009 and 2012. These films take the form of a series of videos that seem like they are coming directly out of a cell phone, ready to be posted on Facebook or YouTube, with teenagers crudely making a display of themselves. What is striking is the stark intellectual emptiness of these films. There is no scenario or intrigue, just a succession of images of young teenagers who are filming themselves. You are drawn into the underlying sarcasm of the artists criticizing a society of self-centered, meaningless images

Two things I liked : first the laughs and amusement of the young visitors, who were the same age as the actors in the videos, who, let’s face it, were doing a lot of crazy stuff. Fortunately, some were present as I was passing through. I felt like something was happening, that the work projected before their eyes connected with them, mirroring a generation that relates its private life over the social networks, but pushed to an extreme with Trecartin and Fitch. It is not very common to see such reactions in young people at a modern art museum. Reactions were joyous. It was as if Trecartin and Fitch had understood their generation and the one after it – the two artists were born in 1981- and were pushing the usual codes of communication on the social networks to a paroxysm. The “Selfie” moment has never been better. The second thing that struck me was the installation itself, with high, film-director-like chairs and beds come sofas to watch these adolescent ramblings featured on a large screen. All of these intentions entice you into the position of spectator and critique before these running images, of mi-reality show, mi-home-made “selfie”. ↓ 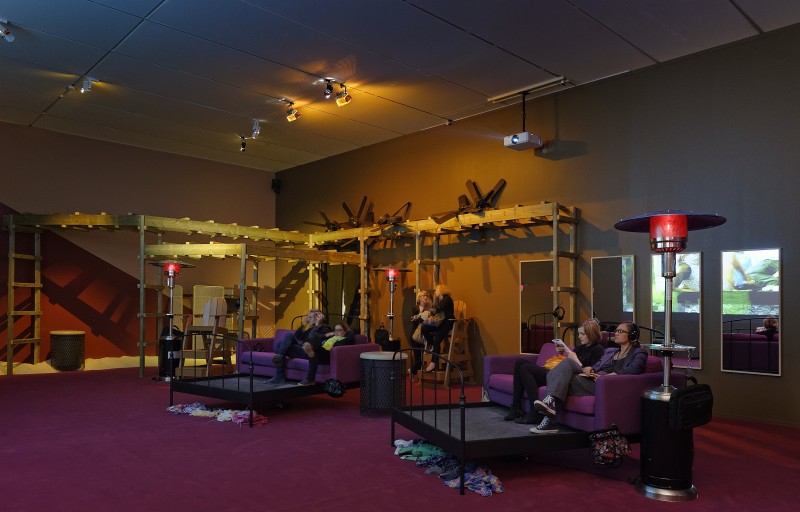 A mordant critique of a 2.0 modern society

Strangely enough, a few days after visiting the exhibit, I started remembering scenes from a cult film from my generation, Natural Born Killers by Oliver Stone, a diabolical and violent story about a couple adrift. The omnipresence of the media is viewed in the form of a journalist who is ready to do just about anything to extract the murderers’ confessions. One scene in particular ventures to explain, through the analysis of a socially under-privileged background, what can motivate people to refuse the moral values of society. The scene is filmed as if it were a parody of a TV series, smack in the middle of the film. It is this same sort of parenthesis that you feel with the Trecartin & Fitch videos. What’s interesting is the film, like the two artists, employ digression – in this case a TV series in a film – to enable the spectator to take some distance from the film. For Trecartin & Fitch this distance is staged in the installation that enables the visitor to lean back and detach from the string of images projected. ↓

Essentially, Ryan Trecartin & Lizzie Fitch shrewdly manage to display very realistic images, reflecting a hyper-connected era where staging one’s personal life trumps content-matter. The carefully-staged installation was surprising, offering a blend of a teenager’s bedroom and a café terrace with its braseros, instilling doubt and thought as to what meaning should be given to these images. An unexpected encounter that is both surprising and refreshing ! 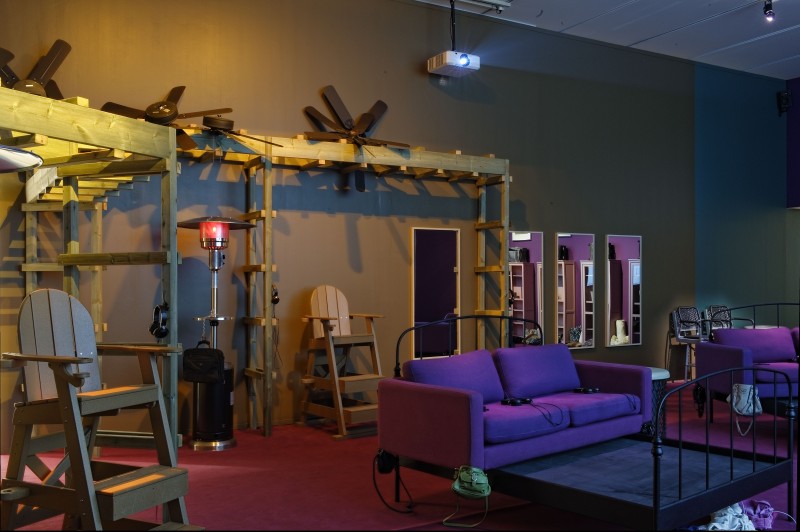 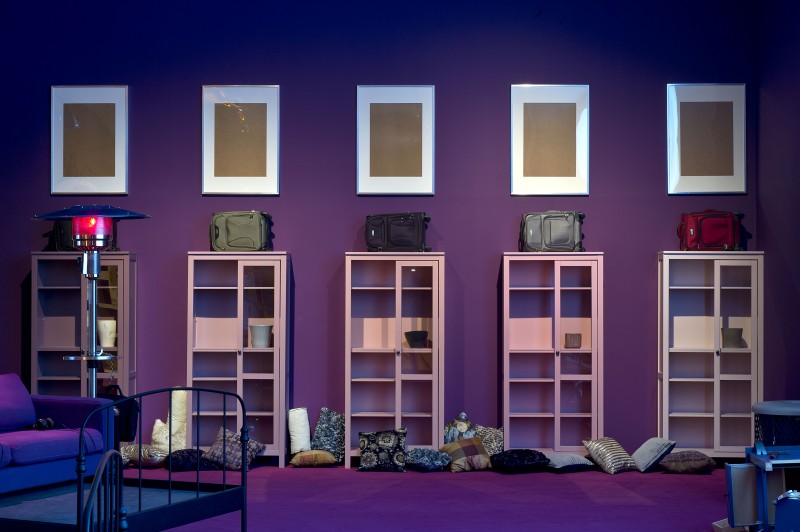 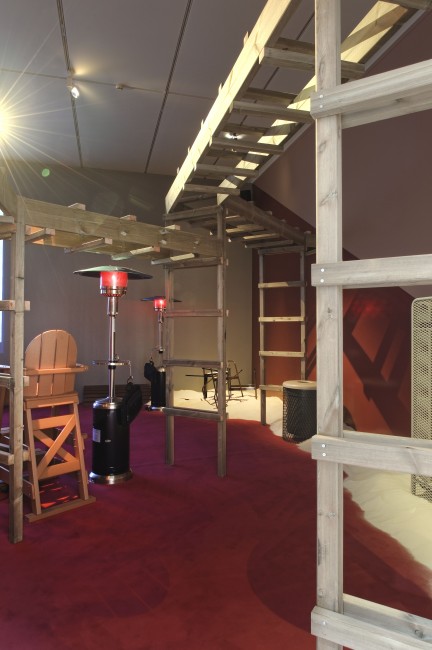 I warmly thank the  Andrea Rosen Gallery, which sent me these magnificent photos. 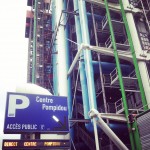