I‘ve always been very attracted by the City of Angels. LA and its unforgiving world.  LA, symbol of the orgiastic excesses of show business and mirror illusions for starlets egocentric. Los Angeles alone concentrates these two facets. Tails : glittery version of the American dream; side face : railroads into a freeway version for a descent into cocaine hell. And LA is also synonymous with a big melting pot with strong  Hispanic acents … In short, what constitute a perfect breeding ground for the expression of unbridled creativity ! ↓ 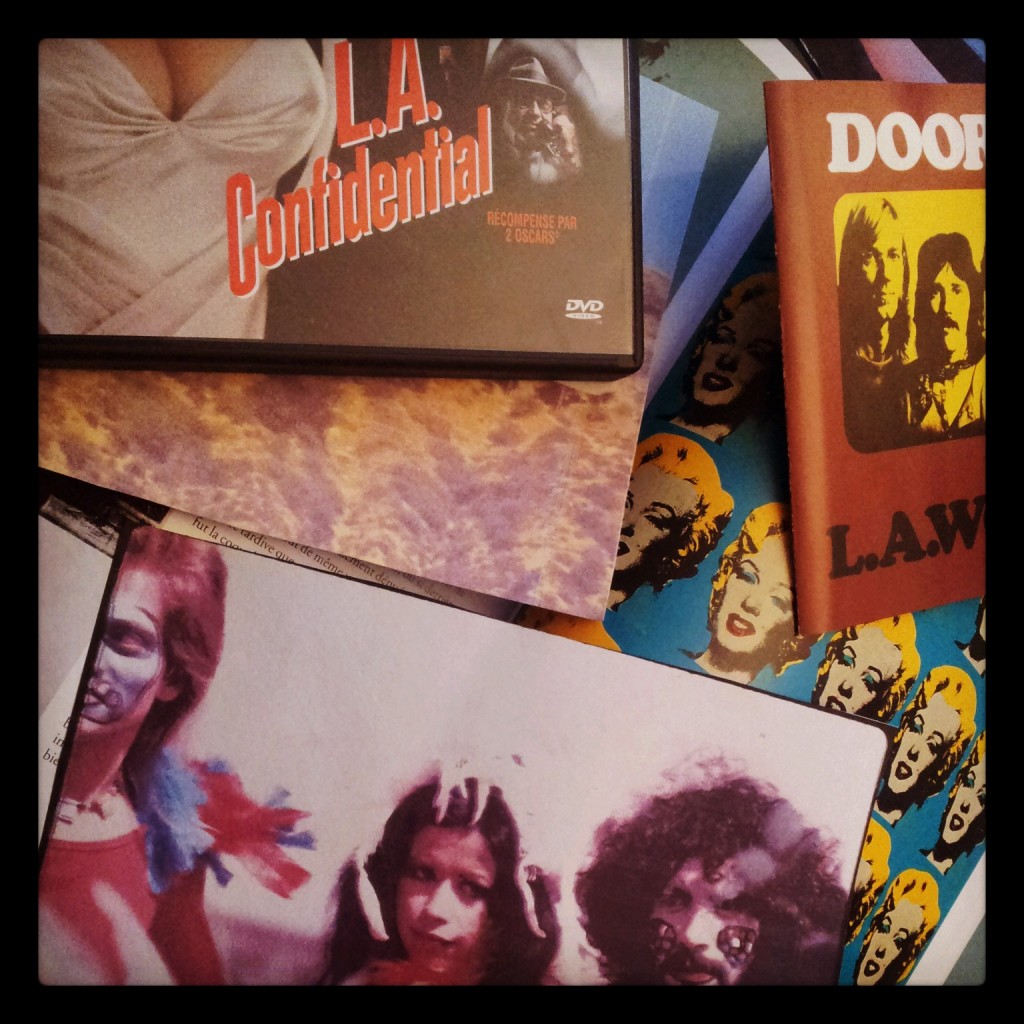 This is the scene set, rest to share with you the excellent initiative of the French Institute which brings together under the title “This is not … Art Between France and Los Angeles,” thirty artistic events in the Californian capital. It was last year, in 2013 but I found it interesting to remind this event.  Among this, the Paris Photo festival has installed itself n the Paramount Studios ! – just that – from 26 to April 28. The “Angelinos” were able to admire beautiful photographs in all styles, small inventory: ↓ 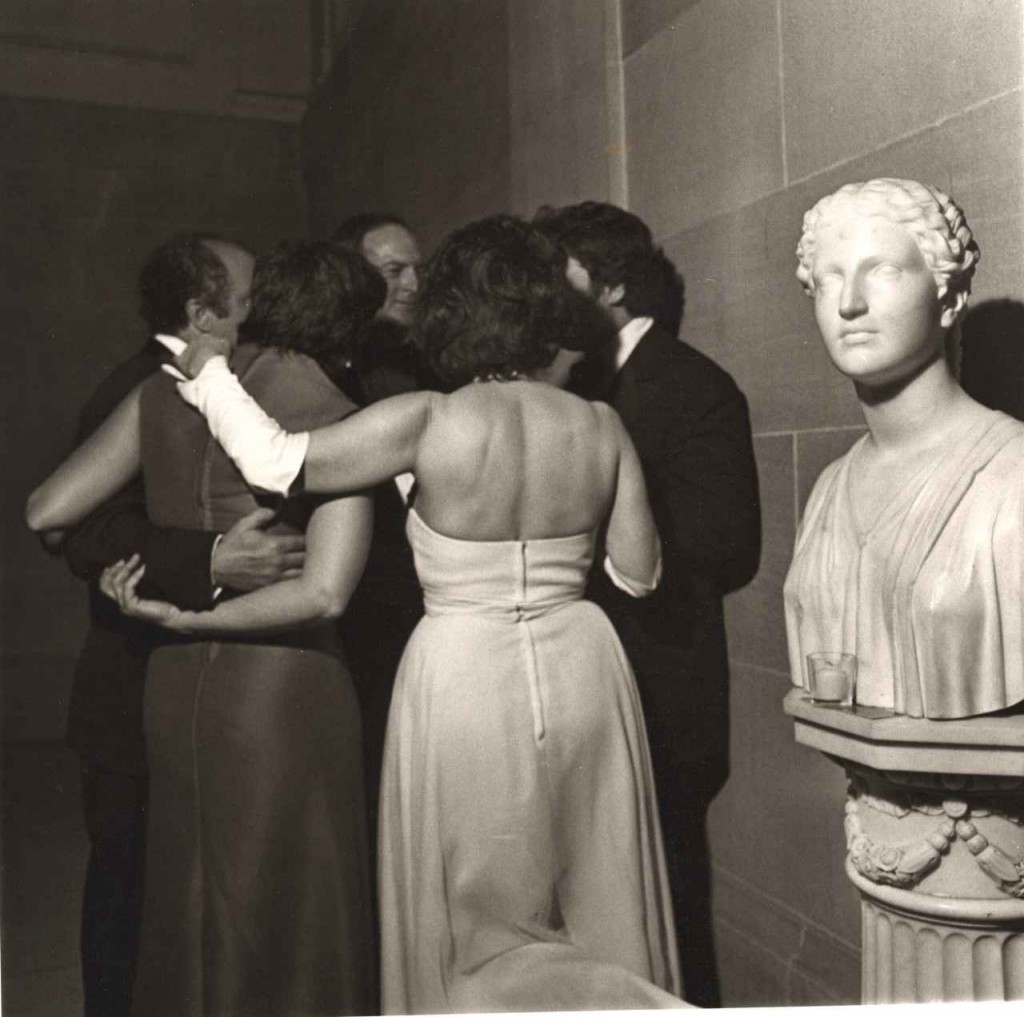 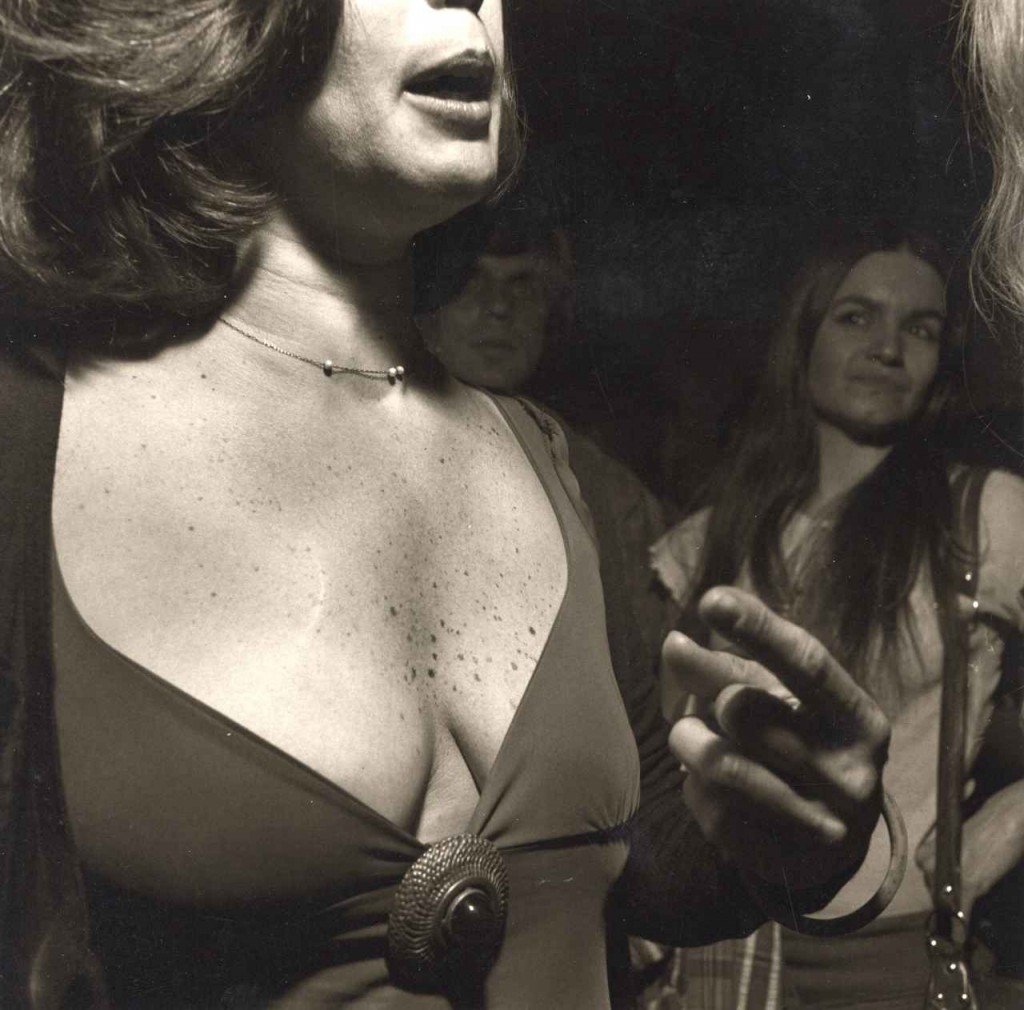 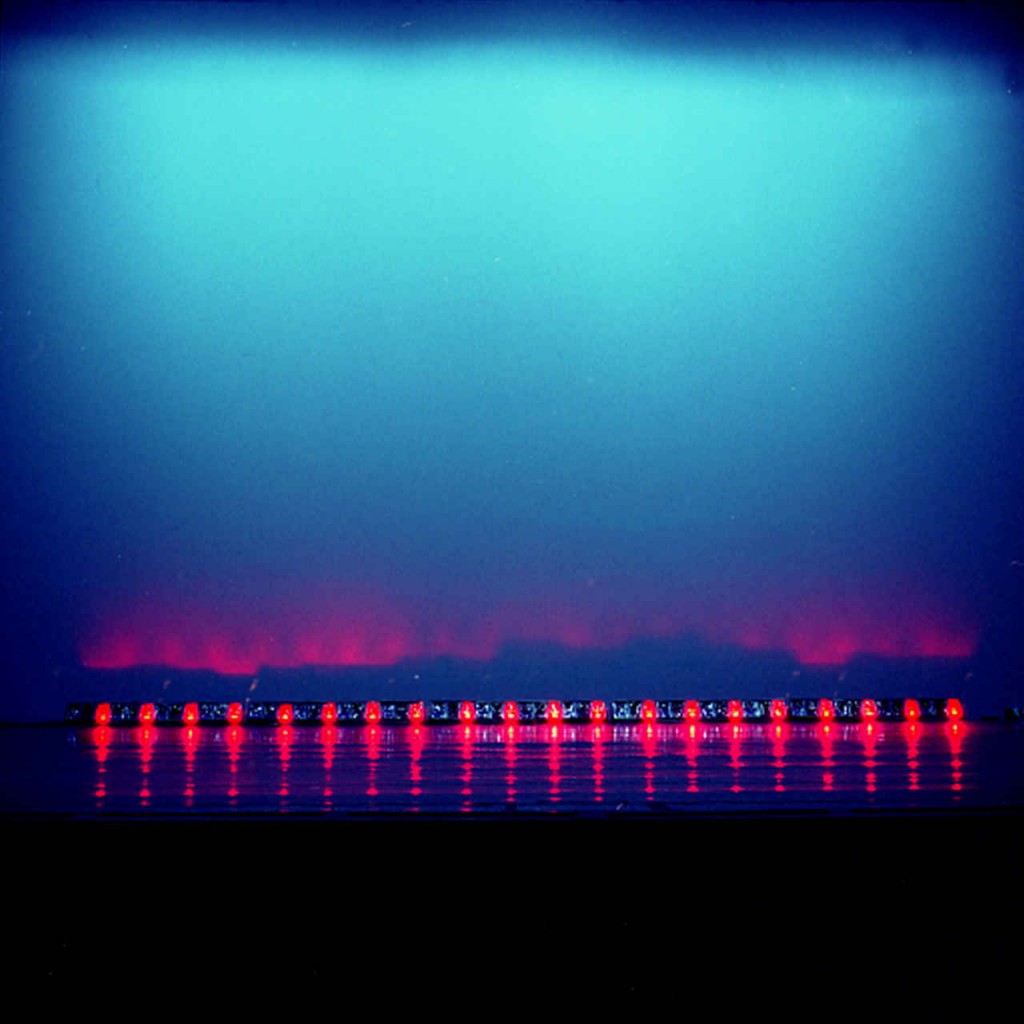 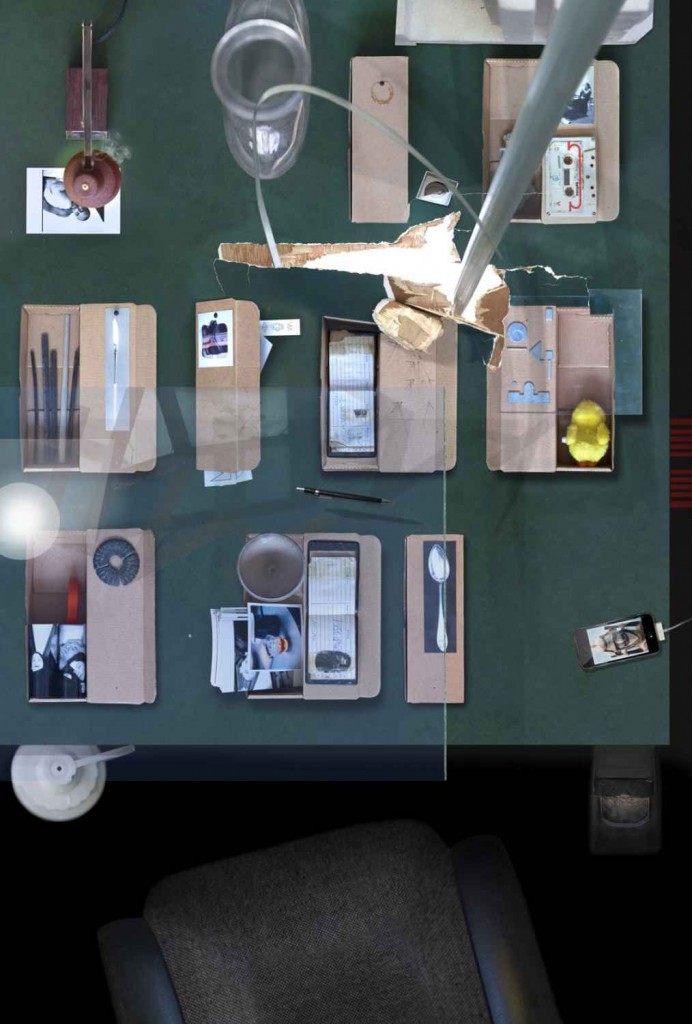 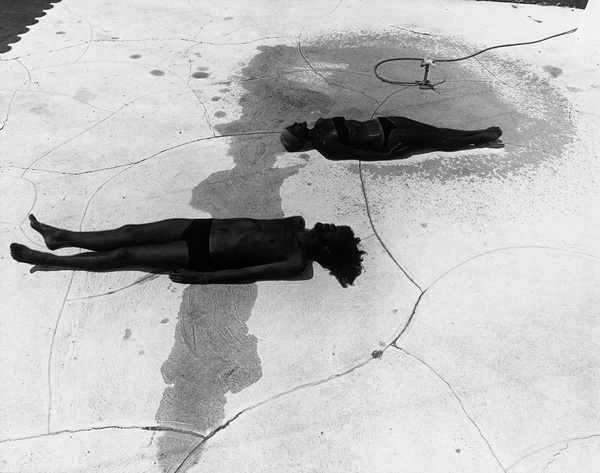 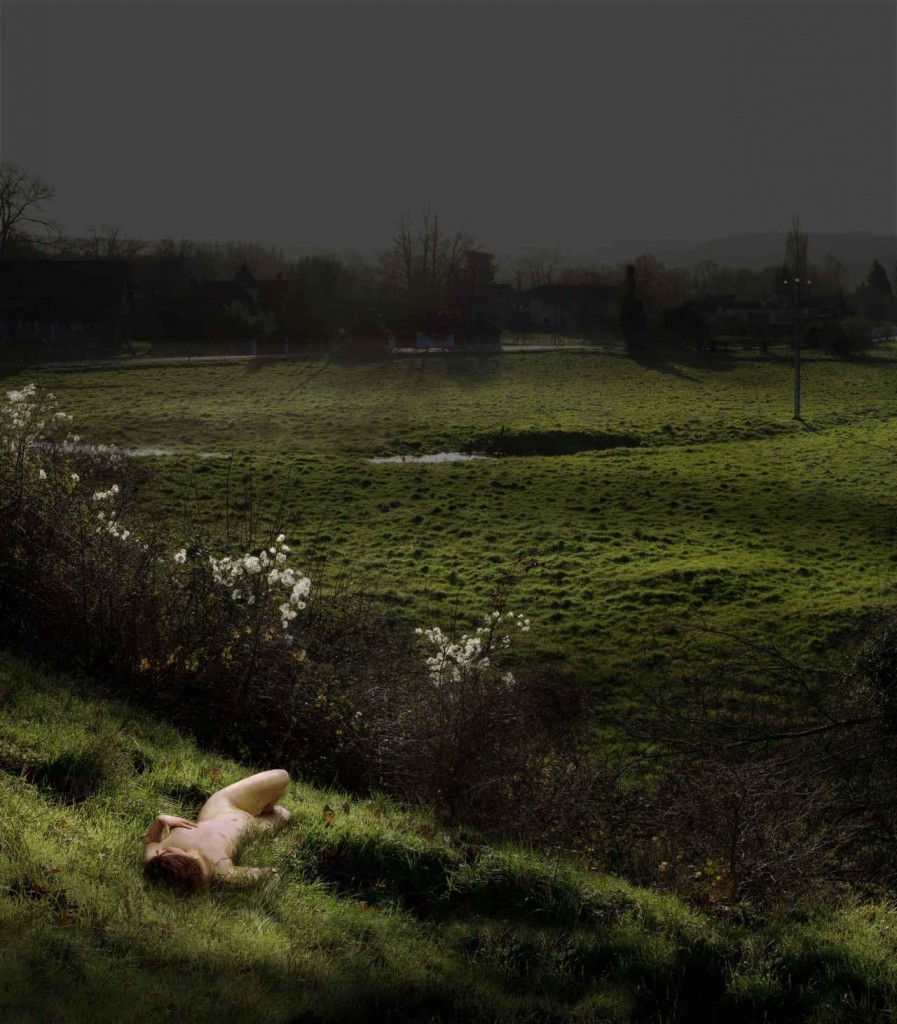 Obviously, if the French Institute took the trouble to organize such an event, it is to provide visibility to some of our artists. And I point out the presence of Latifa Echakhch recently exhibited at the Museum of Contemporary Art Lyon, at the Hammer Museum in Los Angeles. The museum, built to operate the prestigious UCLA, rolls out the red carpet for the most media works by the artist of Moroccan origin : Each stencil a revolution. For this work, a wall mounted Echakhch hundreds sheet of carbon paper on which she let flow a solvent that dissolves the ink product and trickled to the ground. The aesthetic result is stunning, I adore it ! ↓ 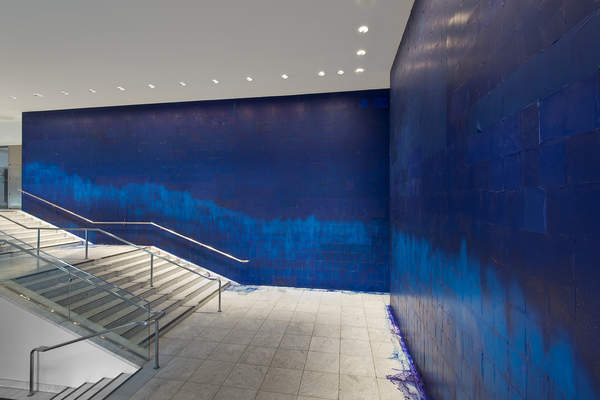 The work is a nod to Klein blue but its title is also a quote from Yasser Arafat, when carbon paper was a technical means of dissemination of revolutionary ideas. Ah yes, but you say that California brightness is quite far from the blue dye carbons Latifia Echakhch!  Duly noted. And what light that attracts Hollywood spotlight ! As so many contemporary painters, David Hockney : “I moved to California because I knew that the sun shone with generosity,” […] It was watching films shot there outside, as Laurel and Hardy, I’ve realized. The shadows of the actors were thick, deep black, shows a very high brightness “↓ 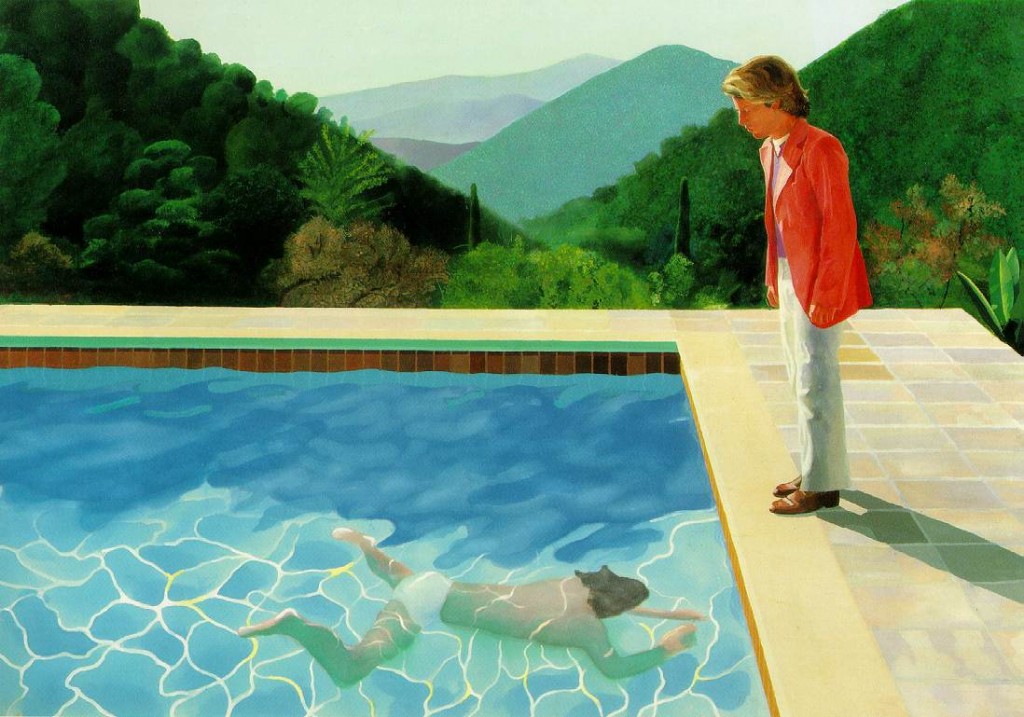 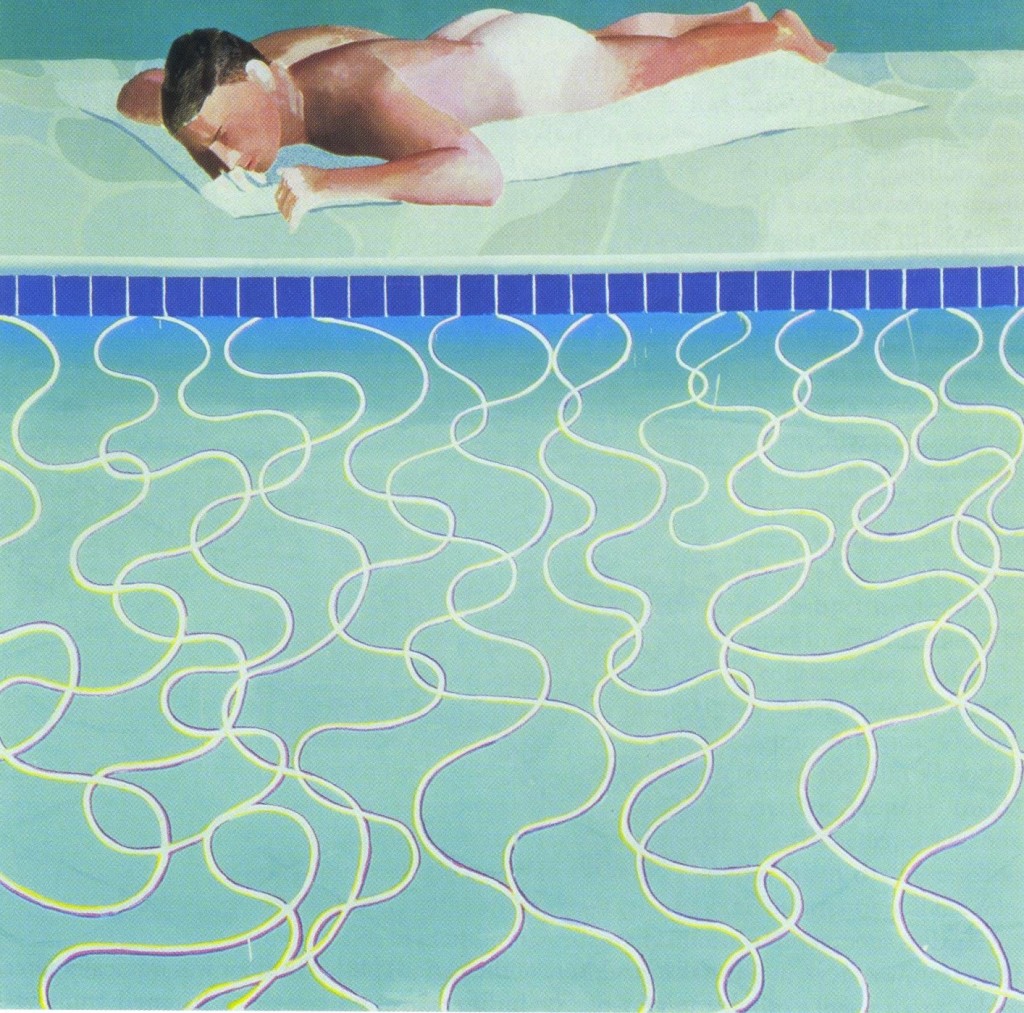 This particular light has always made ​​its mark in the artistic life of Los Angeles. Another ingredient of L.A.: the ethnic mix. As rightly pointed out the exhibition at the Pompidou Centre and entitled : LOS ANGELES 1955-1985. Birth of an Artistic Capital, an intense cultural melting pot marked the year of accession of Los Angeles this recognition. Take for example the ASCO Group, whose members, American Mexican origin – called Chicanos – have waited a long time to gain recognition of their artistic performance. From very modest origin, these pioneers artists have claimed their expression in an “inflated” rights in a city open to racial tensions in the seventies. Thus, in the performance First Supper After a Major Riot, artists Patssi Valdez, Humberto Sandoval, Willie Herron III and Gronk, install the table a festive dinner at the location of the assassination of Chicano journalist Ruben Salazar by police, during a march against the Vietnam War ↓ 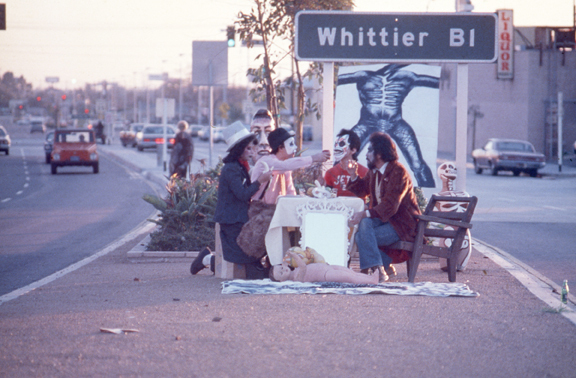 Too exuberant the artists from L.A.? Some influential artists had fun by caricaturing them such as Robert Smithson which I talked you in a previous post. In the film East Coast / West Coast, 1969, Robert Smithson plays a Californian artist who talks with an artist from New Yorker – Nancy Holt – asking her to stop thinking finally feel …! The Myth of the Eternal Californian surf artist dilettante then fine future ahead of him … Yet, California’s capital has nothing to envy to its rival from the East Coast, New York. Isn’t it in 1963 that the legendary Ferus Gallery launches the  first personal exhibition of Ed Rusha? Andy Warhol are exhibited for the first time as an artist his first Campell’s Soup Cans in 1962 ? Los Angeles is not the place of a scene but several alternative scenes that attend. Places dissemination of its artists, as Ferus Gallery, played a major role … quote and LACE – Los Angeles Contemporary Exhibitions, still active today. ↓ 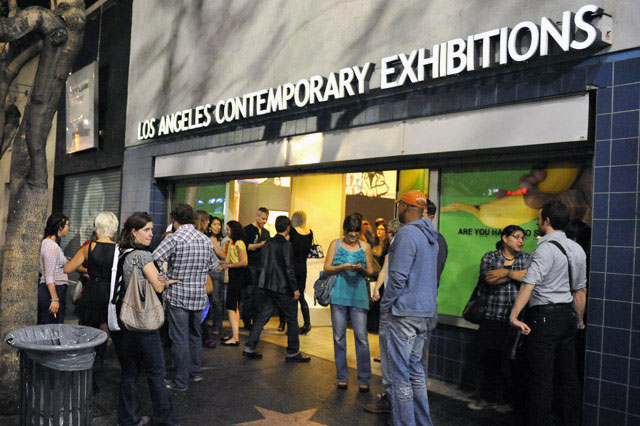 I hope you’ll have the curiosity to visit in real life or on the web, the various vibrating institutions of contemporary art and design in Los Angeles. The possibilities are never ending, I advise you as follows:

→ the site of the J. Paul Getty Museum

→ The project site: “Lost in LA” event organized by the Palais de Tokyo in Los Angeles

→ The MOCAD – Museum of California Design

→ The A + D – Architecture and Design Museum

Finally, I propose you a series of photographs that remind  LA and Californian lifestyle.
Each time before spring I ask to myself : If only we could still believe in the coming of a Californian sun …  Now, we’ve have it, enjoy ! ↓ 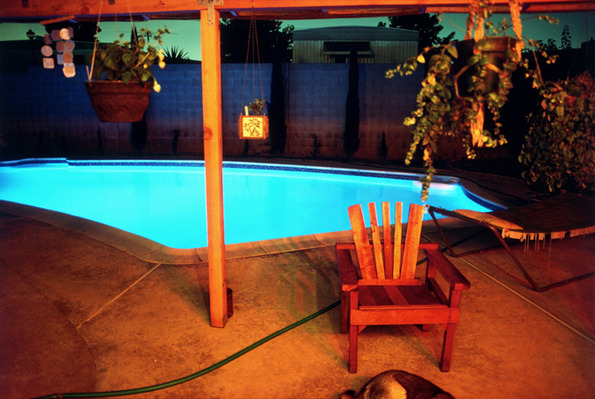 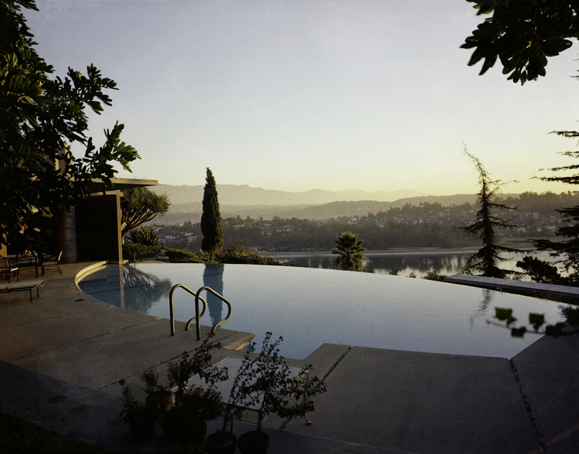 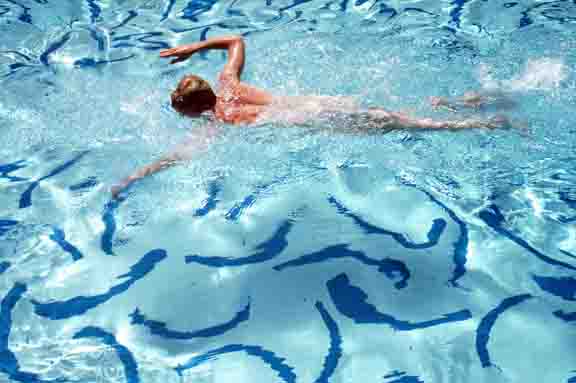 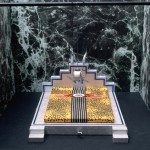 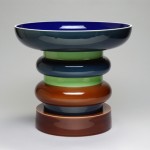